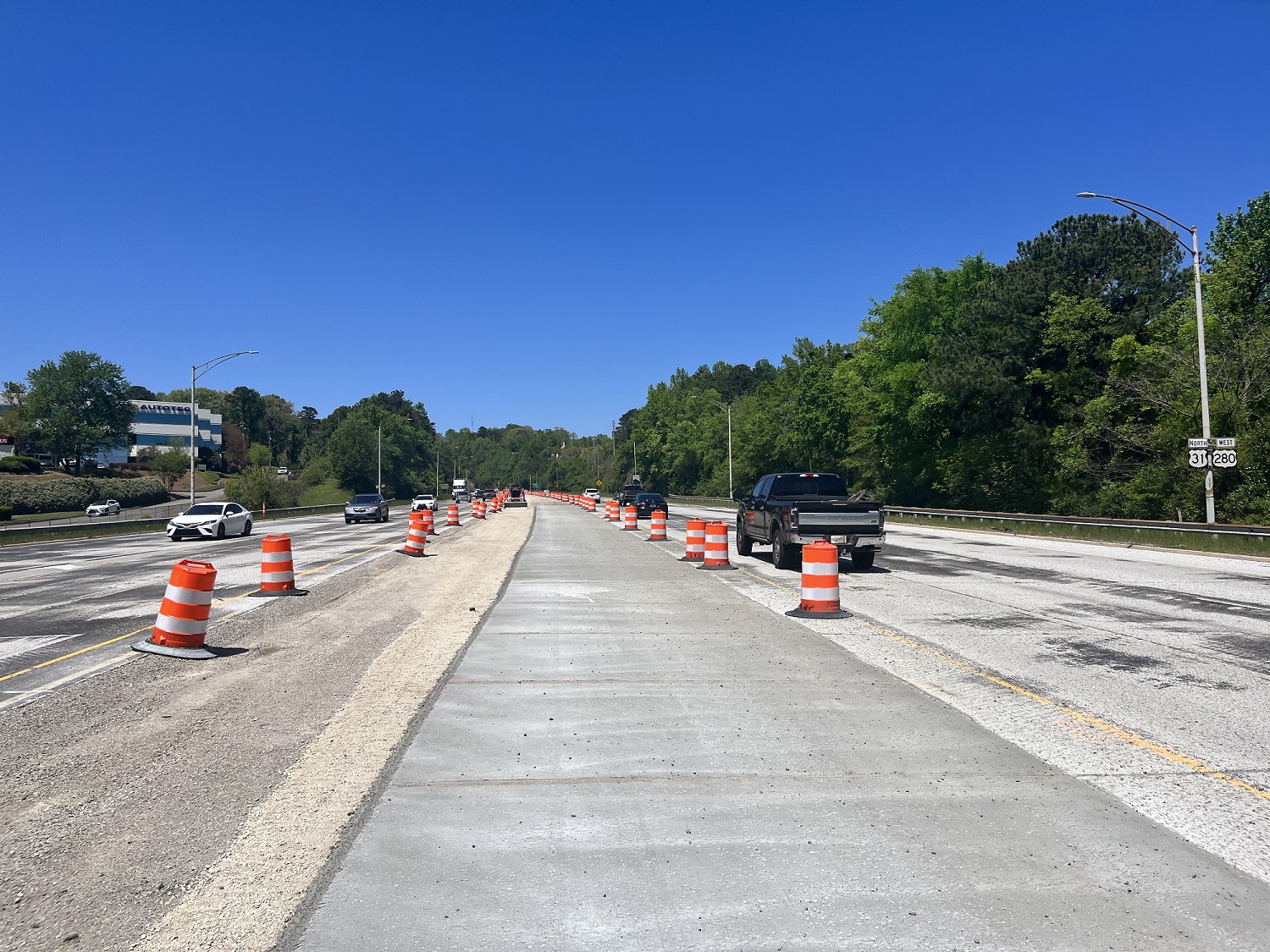 In Process, Phase I complete prior to July 2022

A.G. Peltz Group, LLC and sister company, Abramson Concrete, Inc. are in the process of finishing a safety enhancement and capacity improvement project for ALDOT on the 120,000 ADT daily Red Mountain Expressway near downtown Birmingham. The project consists of removing raised island, retrofitting numerous bridge rails, placing barrier wall, and placing Roller Compacted Concrete (RCC) on the Red Mountain Expressway (Hwy 31/280). The RCC includes 16,427 SY of 7″ RCC for the median and 6,440 SY of 10″ RCC for the addition of acceleration lanes & ramp widening on the project. The RCC for the median was placed in two 12″ wide lifts for a total of 24″ while the RCC for the acceleration lanes / ramps ranged from 9-12″.

With the 2022 World Games coming to Birmingham, AL, ALDOT was tasked with improving both the structural capacity and ride safety of Hwy 31/280 near downtown while still minimizing traffic disruption to the public. Since RCC can be placed 10″ thick and 30′ wide in a single pass, it was uniquely positioned to meet this challenge.

All RCC was placed at night between 7:00 PM and 6:00 AM. This was ALDOT’s first use of RCC on a median lane and acceleration lane, and 2nd use on RCC in a ramp application. This was also the first DOT project in the United States to use RCC as a footing for the median barrier.