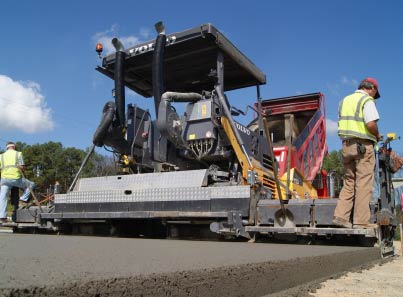 If you were to ask Robert Smith, he’d tell you – he’s glad he found a new niche.

After four decades in the asphalt paving business in and around Chattanooga, Tennessee,
Smith has seen the highs and lows of a trade entwined with a fluctuating economy and volatile
commodity prices. It’s a brutally competitive business. And so it was with a mixed sense of need
and opportunity that Smith began dabbling in roller-compacted concrete – a heavy-duty
cement mix that can be poured as quickly as asphalt.

Over the past seven years, Smith’s company has perfected the process of placing thousands of
cubic yards of roller-compacted concrete in just a few days’ time for its industrial client base. As
word has gotten out, Robert Smith Inc. has transformed itself into an RCC specialist, and now
more than 90 percent of its workload is in roller-compacted concrete.

Read the full story at EquipmentWorld.com.